Glitter, Glow, and other fun enamels!

Feelin’ like your pins could use a little pizzazz? Want to really set your design off from the pack? Then let us introduce you to:

Starting with the forever fan favorite: 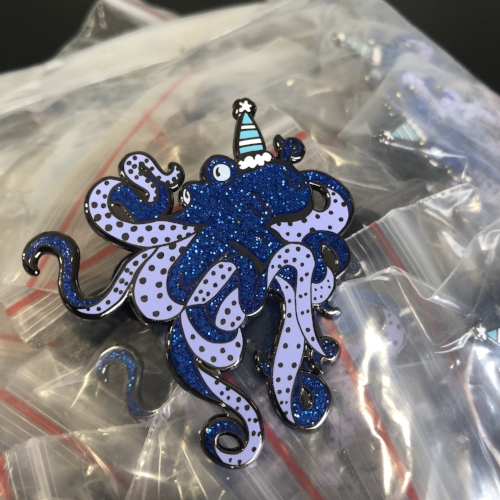 A rather festive octopus by K. Tully 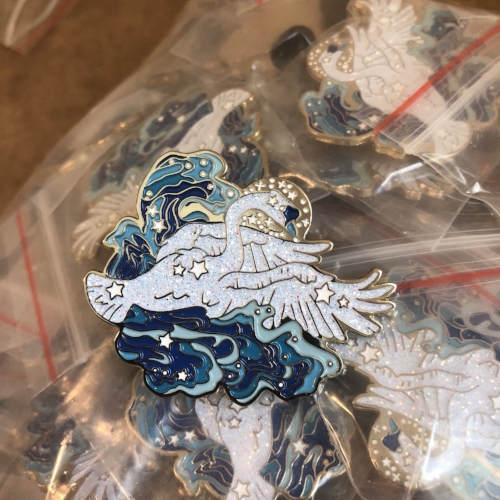 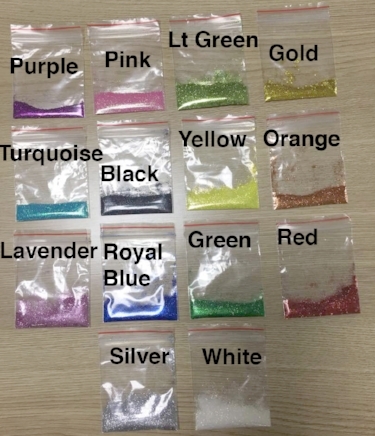 Standard glitter colors – if you want to use one pure rather than mixed, just ask! 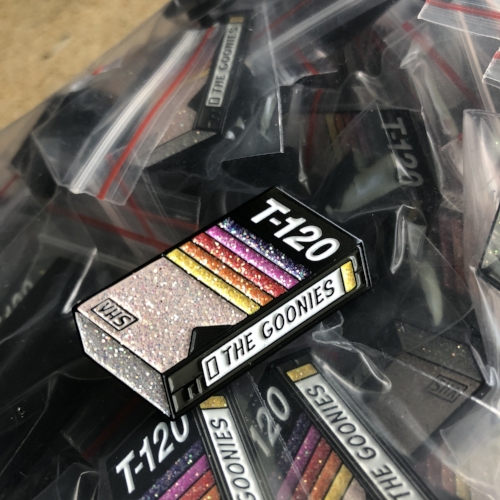 Mixed-to-match glitter colors in a pin by Bootleg VHS

Glitter comes in 14 standard colors, but can also be mixed to coordinate with whatever Pantone shades you are using. Pure black and pure white are usually best mixed with some rainbow or silver glitter or they’re very subtle (and pretty much disappear entirely in hard enamel.) 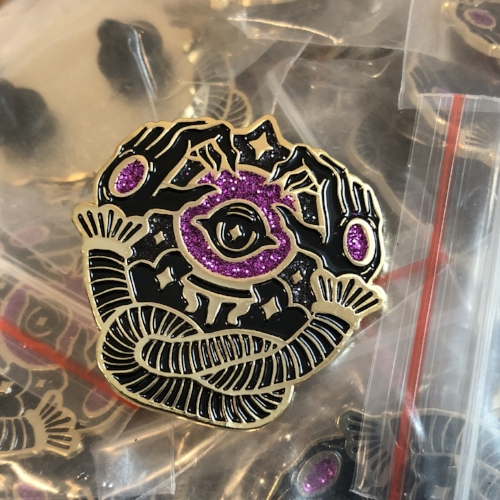 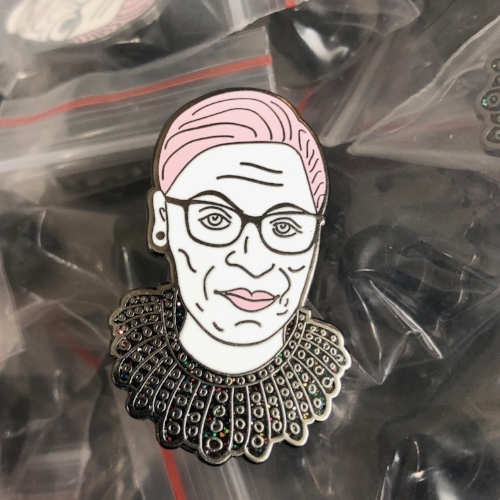 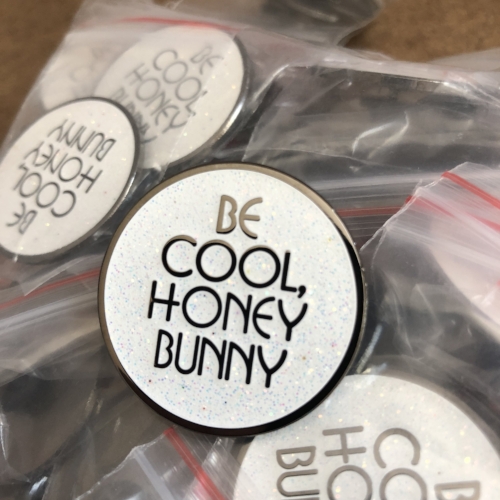 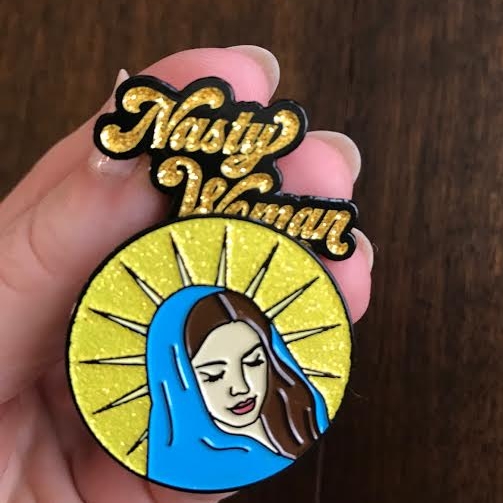 Not feeling so sparkly? Maybe indulge your nocturnal side with 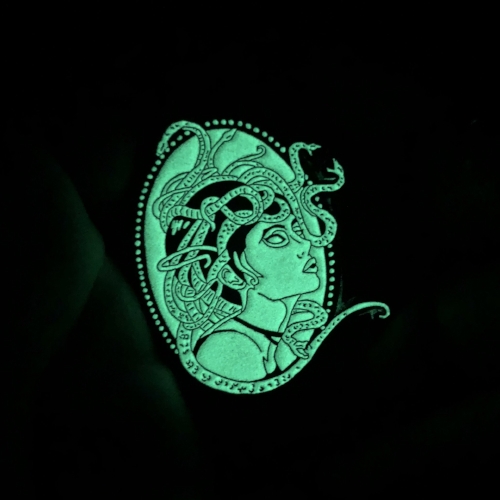 Glow in the dark enamels are made by mixing glow powder in with the enamel, and can be used in soft or hard enamel pins. White glow powder glows green, and has only a little effect on the color it’s added to, so it can be added to just about any shade. 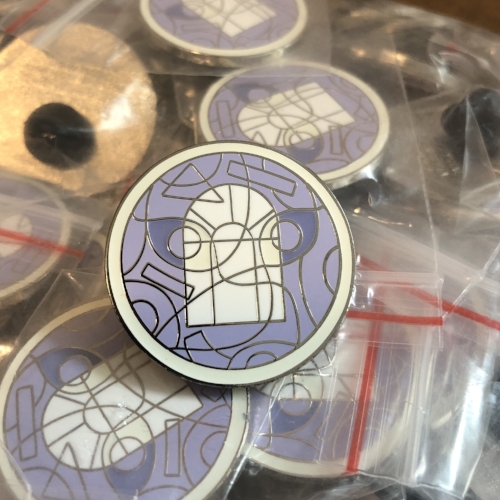 A very clever pin by Quinne Larsen . Lights on… 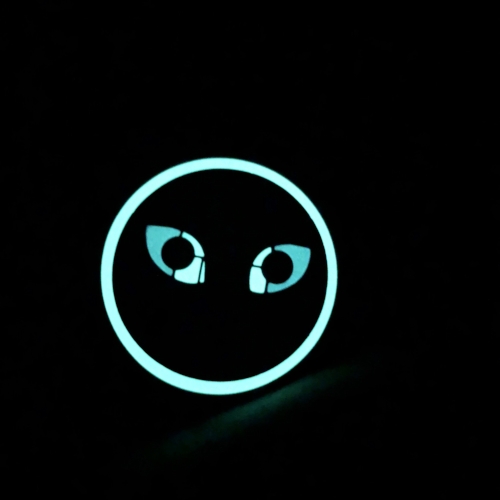 …and lights off! You can see in this pin how glow powder does slightly change the tone of the enamel, and the color of the enamel can somewhat affect how brightly it glows. Good things to keep in mind!

Blue glow powder, on the other hand, will add a blue tone to whatever it’s mixed into so it’s best used with white (for a pale blue result) or some shade of blue (it will intensify the color.) It’s a little trickier to work with, but it GLOWS BLUE! 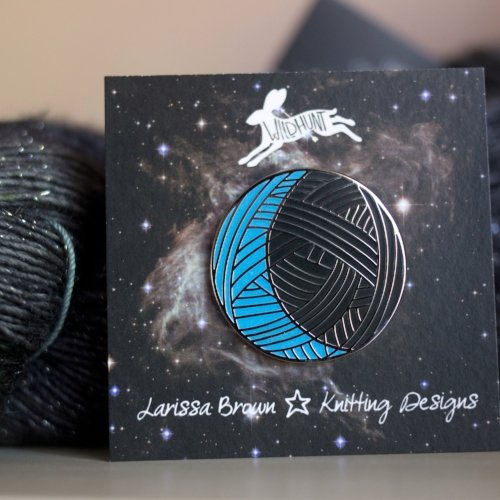 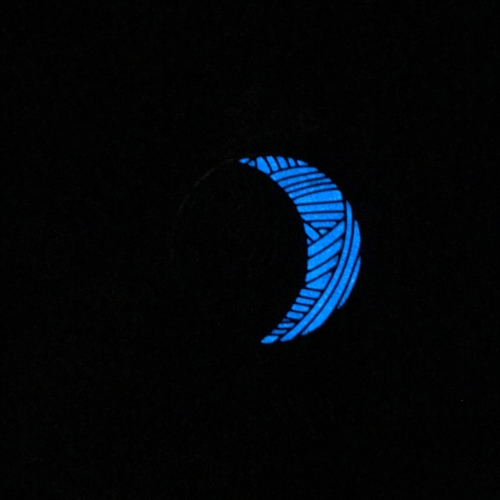 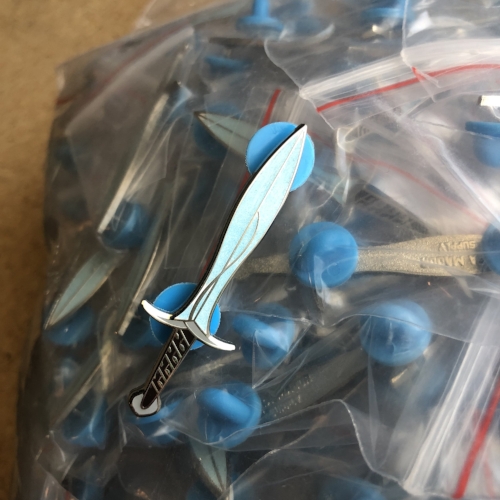 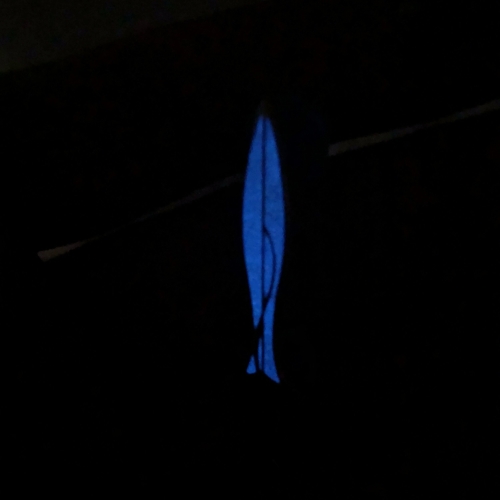 Looking for something a little rarer? Maybe one of our two dark horses- 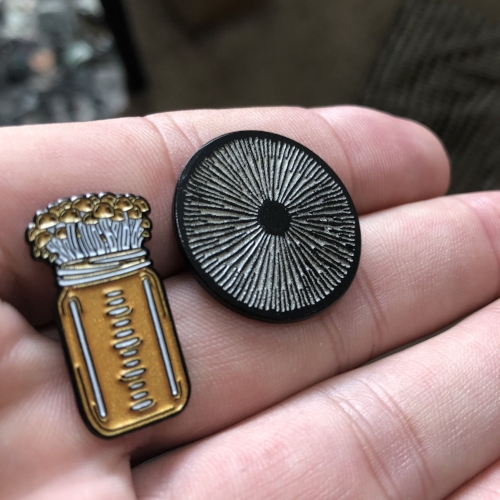 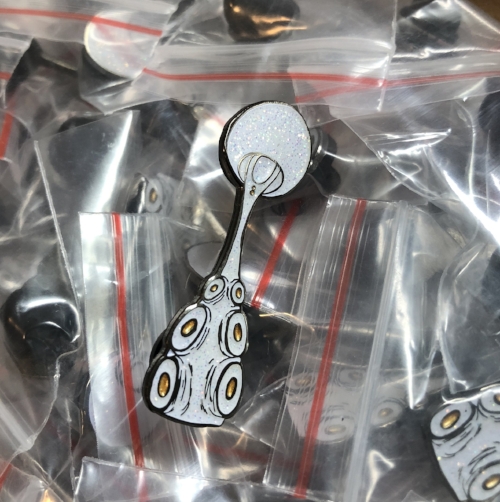 Metallic ink currently comes in gold and silver. It’s not high-shine like metal, but it has a subtle shimmery twinkle to it that is just right when full-on glitter would be too much. 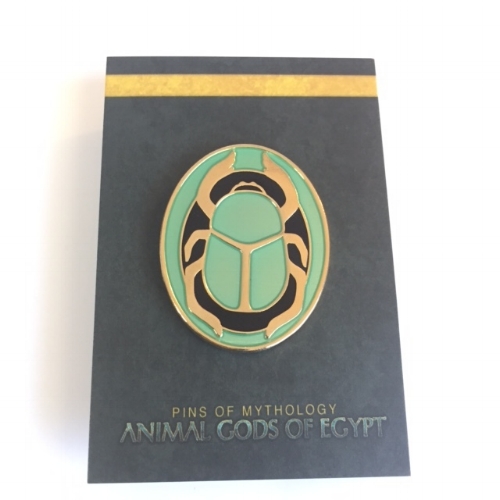 A translucent beetle by Jessy Stetson 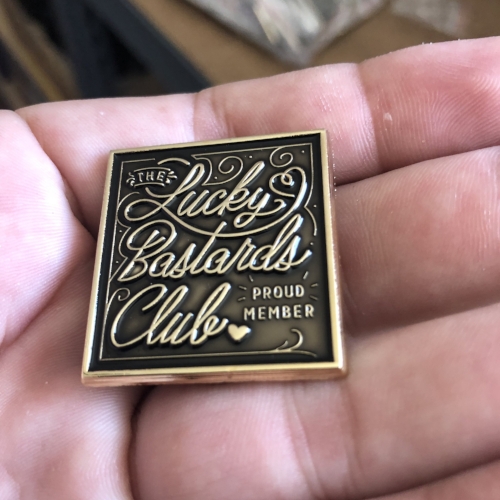 Any enamel color can be made translucent! The effect is created by mixing the enamel with a clear extender. It really only works over pale metal, but for the right design, it can be a real stunner.

All of these novelty enamels are surprisingly affordable, adding just $25 per 100 pins (per color) but offering a significant je-ne-sais-quoi to your finished product. Give ‘em a whirl!